The monumental architectural constructions, small sculptures, delicate drawings and staged photographs by the Dutch artist Rob Voerman (1966) are disturbing and seductive at the same time. They sketch a perfectly constructed, utopian world with apocalyptic traits, a world that is continually proliferating but is also protected, a world that has broken down but is also rising from its ashes.
In addition, Voerman’s work has an important critical component: the central perspective has been abandoned for more points on the horizon, more views, for alternatives. In this way, in addition to an aesthetic, Voerman always performs an imaginary role: there are vehicles for thoughts, vehicles for change, discussion and analysis. Voerman’s three-dimensional sculptures and monumental installations are wonders of architectural and tactile ingenuity. They are made up of (plexi) glass, epoxy, wood, cardboard, car parts, textiles, paper, paint, glue and much more. In the monumental works photo slides and films are sometimes shown, sometimes they are places for discussion or retreat. Always a socially critical component is hidden in Voerman’s work. The decline of democratic structures, the danger of (neo-) capitalist money systems, the nature of political and other power systems and the major ecological threats that are based on our way of life for the planet – these are issues that Voerman examines in his work, analyzes and – last but not least – visualizes. His work is also a reason to organize collection campaigns for the financing of projects in the local community.
For example, with his fictitious bank building called “The Exchange” on Sonsbeek 2016, Voerman raised money for a reforestation project in Sulawesi and Borneo, and donated work for philanthropic auctions. As different as the material with which Voerman works, so are Voermans’s art-historical references. Modernist artists such as Kurt Schwitters and his organically growing Merzbau, the Dutch utopian builder Constant, as well as Richard Buckminster Fuller’s ecologically inspired geodesic domes are important sources of inspiration.

Two years ago Voerman  started a new body of work, called “Places of Power”, on which he will keep working over the coming years. For this project Voerman build large models of places or buildings related to power (economical, financial, information, military, etc.) He then transforms these buildings by adding his architecture and claddings in, through and around the existing architecture. Though this Voerman often transforms the actual function or context of these sites/buildings.

After building the models in his studio, these models/settings are being photographed. Voerman then often adds a sky to it and reworks the images slightly through photoshop. Not much is being changed. Its often a matter of adjusting minor details and lighting.

Then the photo is either transformed into a photowork with archival-inkjet-print or into a lightbox with duratrans-print.

In this on-going project, Voerman in a way comment on the existing power-structures and systems and raises questions on possible alternative models.

Over the coming years Voerman will initiate and develop an ongoing project which will connect de-forestation and the rights and situation of indigenous people with the financial system by developing a new currency. The project will in a way be a follow-up of Voerman’s project “The Exchange”, made for Sonsbeek’16, curated by Ruangrupa. Through large outdoor and indoor site-specific installations, symposia and workshops Voerman will step by step develop the concept together with the indigenous people from the equatorial forests.

Voerman’s work is exhibited internationally: from America to China and Japan. His work has been included in the collections of the MoMA (New York), the UCLA Hammer Museum (LA), the Stedelijk Museum (Amsterdam), the Musée d’Art Contemporaine (Kinshasa), the Generali Foundation (Vienna) and numerous other public and private collections in the Netherlands and abroad.

Artist’s statement ‘My work is at the heart of society, it both imagines and reflects on it. In addition, I hope my work can serve as a source of change – no matter how small.’ 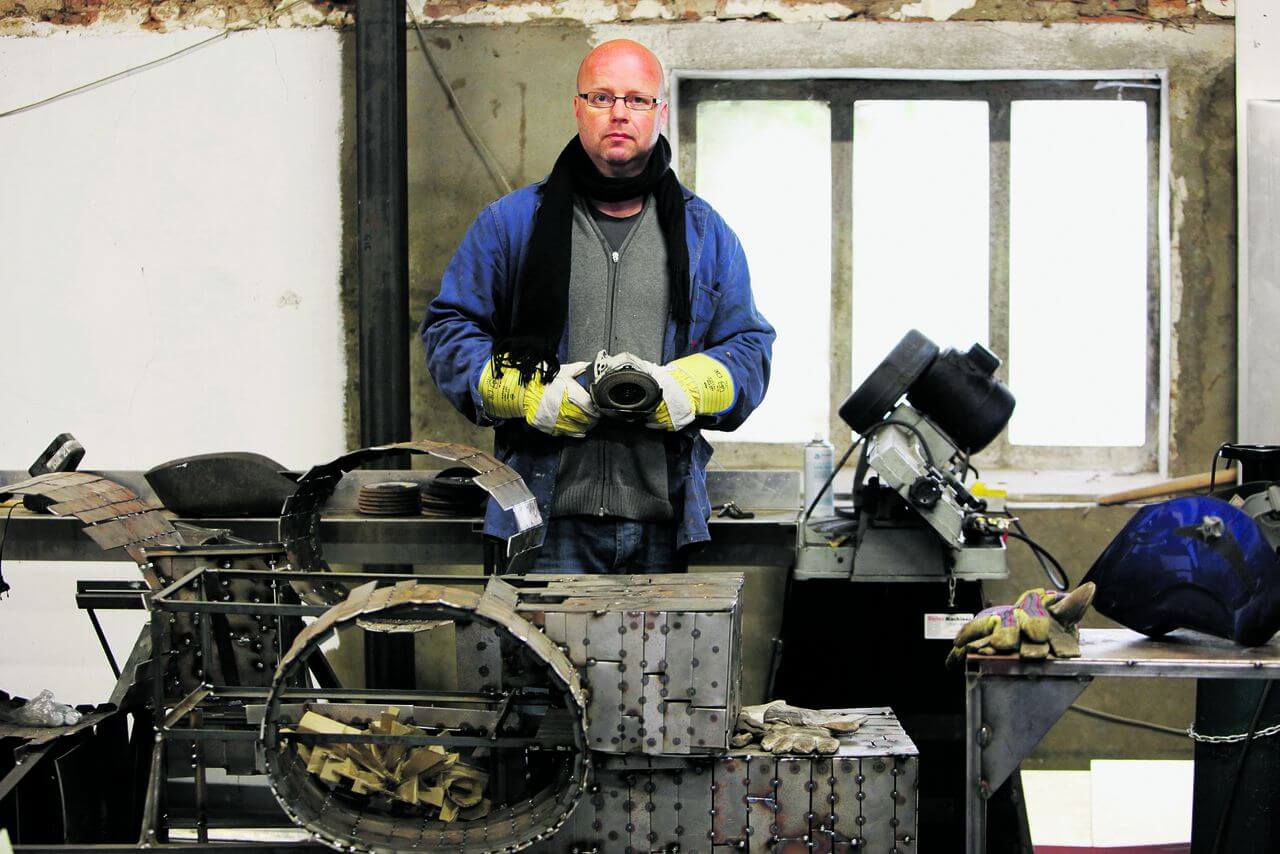