What else can mathematics offer us than just theorems, numbers and equations?

This results in geometric, abstract work characterised by concrete and pure forms. In this sense, Lammers feels an affinity with minimalism and constructivism. Because geometric forms form the basis of his work, sculptures are created in which any form of coincidence and therefore surprise is excluded in advance. Lammers’ work can be divided into massive, closed forms with a static character and more open and flowing forms with a dynamic (and sometimes lyrical) character.

Mathematics as an exact science is often described as rational and emotionless. Art, on the other hand, is associated with emotion and the expression of feelings. In the past, mathematics and art were effortlessly combined by making use of their complementary qualities. For Leonardo Da Vinci and Michelangelo, art, technology and architecture were inseparable. Countless works of art have been created using the Pythagorean theorem, the Fibonacci sequence, the Golden Mean, the Pentagon and the elaboration of the number Pi. Consider, for example, Da Vinci’s iconic work “The Vitriolic Man”.

Initially, the focus of his artistry was on the craft of making, which logically resulted from a selected mathematical equation. Meanwhile, he knows from experience that the end result can hold a special visual surprise for the viewer and he consciously aims for this effect. Not infrequently, several abstract forms are hidden in one image, so that these images offer ever-changing perspectives from different angles. Here Lammers’ work touches on the so-called Op Art movement in art. The optical illusions invite the viewer to enter into a dynamic relationship with his works. In doing so, he provides a personal answer to the question of what else mathematics has to offer besides dry numbers, theorems and equations. He knows from experience that his formal and rational art can also seduce and move.

Most of his works of art are outdoors in nature. The expression of the sculptures changes with the seasons, because weather influences affect the patina (oxide layer of the zinc). The formal character of the work is accentuated by the shadows and the incidence of light, so that Lammers’ outdoor sculptures stand in exciting contrast to the organic forms of their natural context. 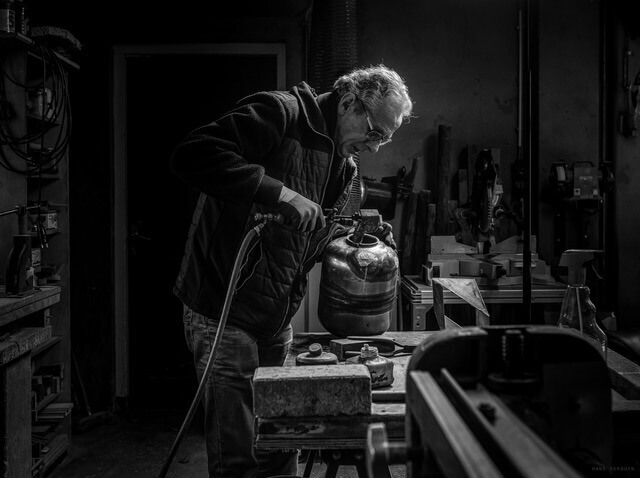